I love a lip crayon, especially when the weathers 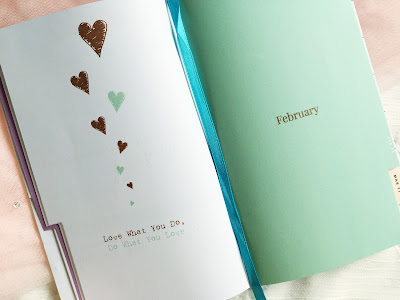 After doing a post on how to stay organised with blogging, I thought I would follow that up with a post about how to be more productive in general. I’m not going to lie, being productive doesn’t come natural to me; I mean, do a bit of work or binge watch Gossip Girl on Netflix? I know which one I’d go for!  Saying that I have started to make little changes to try to increase that productivity.
This is How To Be More Productive!

How Many More Tomorrows?

Stop putting things off until ‘tomorrow’. Half of the time it takes a lot longer than that until its done. It might be a pain to start, but once its done, it’s out-of-the-way. Which means less for you to worry about. If you can start now, then whats stopping you?

Invest in a Diary

It doesn’t even have to be expensive or fancy looking, even though fancy looking ones do make a good prop for photos. (Just think of the insta opportunities!) I still don’t understand bullet journals, which is mainly because I haven’t looked into them properly, but they are very popular at the minute. At the start of this year, I bought myself a diary. It’s been great to be able to write things down, and not type them in my phone.  Now I have a better understanding of what I’m doing and when I’m doing it. Instead of constantly being reminded by other people. I will admit that I need to look at it more, but I’m getting there!

Make Sure Your Goals Are Realistic

I’m the type of person that wouldn’t set goals in case they didn’t get reached, but that all changed with blogmas. I realised that I actually have a lot of determination, as there was no way I wasn’t finishing all 24 posts. (Still can’t believe that happened to be honest) Your goals can be anything for any period of time, but when you’re procrastinating the day away just remind yourself of your goals and how you’ll feel if you reach it! Even if that goal is to take a day out and binge on Pretty Little Liars all day; you do you.

If you get to the end of the day and wish there was more time in the day, then you may need to get up earlier; shock, horror. I’m not suggesting you become one of these people who go out for a run at 5am etc, but there is more than one 10 o’clock in the day. I will hold my hands up, and say I struggle with this. A routine will really help.

Is this not a life rule? If you drink fizzy drinks you’ll just feel sluggish which is not what we’re aiming for here.

You Don’t Need to Say Yes to Everything

No matter what it is or how early you get up, there is only so much time in the day. If your work load is already getting on top of you, don’t accept more work. It will not end well, if you have rushed your way through everything or not managed to get certain things done.

I remember when I was doing some coursework for college and whilst trying to work, I was also trying to watch The Brit Awards, the piece of Coursework took forever! You can guess which one I was more focused on. You don’t need to go into total isolation, but turning your phone off for a bit may help, as it’s all too easy to end up on twitter for five hours.

One Thing at a Time

Everybody makes out that multi tasking is great, but it does have its problems. If you’re switching between tasks it’s likely that the quality won’t be there, or you could get confused with what you’re doing.

It’s Okay To Have a Break

You are not a machine, it’s okay to have a little break after a task. Just don’t let that break turn into six hours.

If one task is more important than an other than do that one first. This may also help you to complete the difficult tasks first, because let’s be honest here, nobody wants to start with the most difficult, but once they’re out the way things will be much easier!
That was How To Be More Productive!
I hope this post helps you!
Thank you for reading!

Blogmas Day 24: How To Drift Off Quickly

Hello, my name is Hannah and welcome to my blog!

I love a lip crayon, especially when the weathers

Some faves and some things I need to use more🤩

My current mascara collection💛 . My favourite i

By continuing to use the site, you agree to the use of cookies. more information